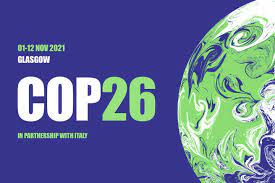 The following is a short overview of the negotiation outcome of COP26.

Technological University to be established in 2021/2022 academic year