The first meeting of the Chamber was held on the 6th of June 1947. The topic of the meeting was traffic congestion and parking. In the early days the Chamber Secretary was asked to write to the Postmaster in Carlow to express the dissatisfaction of the Chamber with the long delays in receiving Cross Channel (newspaper), also the interruptions which frequently occur in telephone calls. As a result of that letter three local traders got private telephones installed in their homes.

County Carlow Chamber of Commerce, Industry and Tourism strives to make County Carlow and its hinterland the most progressive economic region in the country and the most attractive place to do business, to visit and to live. There are over 300 businesses involved with the Chamber of Commerce. County Carlow Chamber of Commerce is a privately constituted organisation that works for the interest of business and for the economic development of the County and Region. Essentially the Chamber is in existence to represent its member’s views on a wide range of issues and to be actively involved in the economic and social development of the town and area for the Benefit of the Entire population of County Carlow. It represents all sectors of business life in the area and member companies range from solo traders to large corporations and multinationals. It is governed by a President and an elected Board of Directors, all of whom give of their time voluntary.

As with many representative organisations the County Carlow Chamber of Commerce is dependent on the interest, commitment and energy of its members for its survival and development. The Chamber should be seen as an active organisation that is open to the input, and responsive to the views, issues and concerns of its members that any policies, initiatives or projects will come to fruition and be successful. 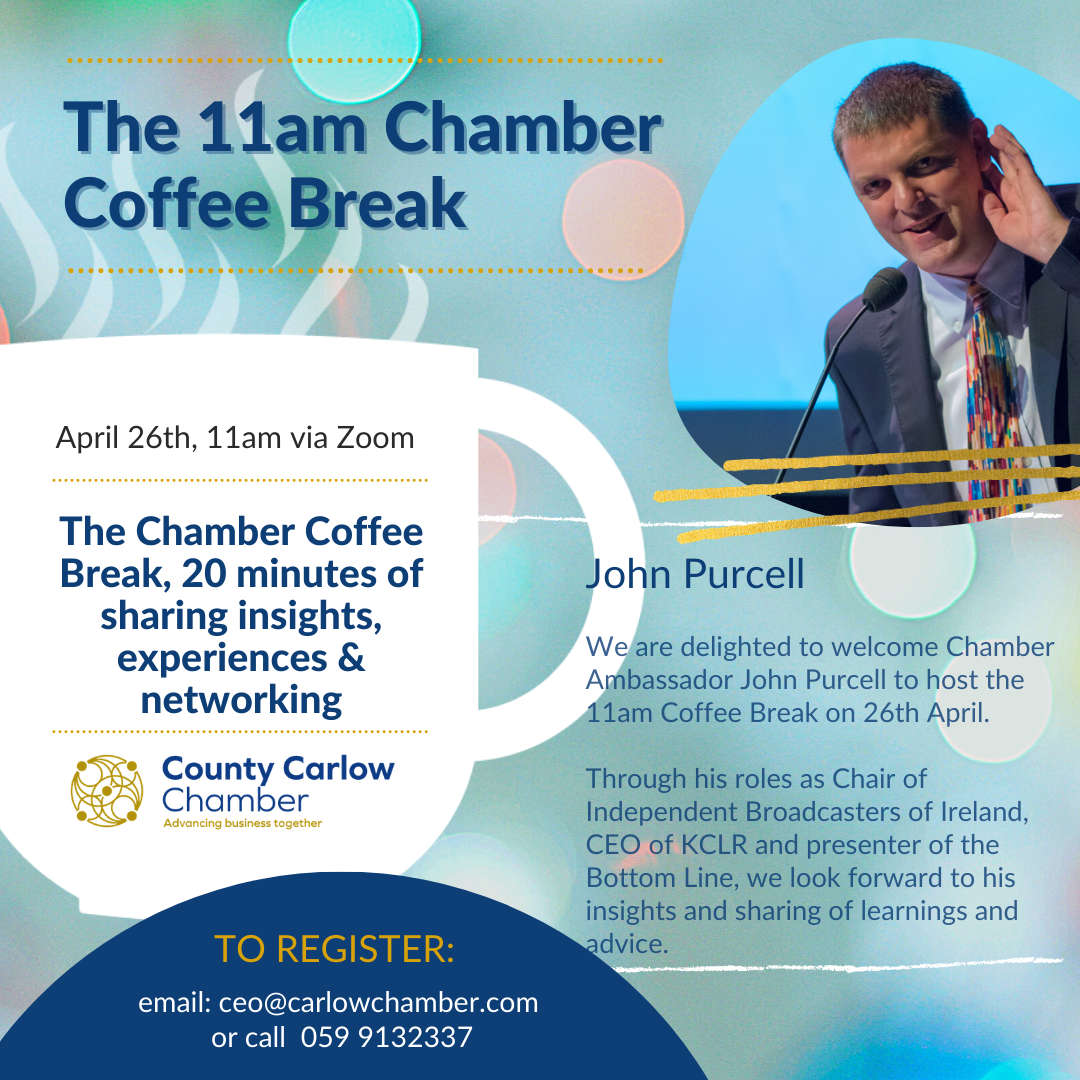