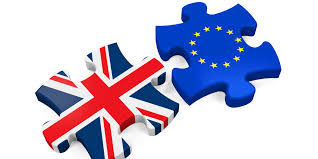 Ahead of the EU Council meeting scheduled to take place next week on the 23-24 March, Chambers Ireland today (16 March 2018) published the results of a survey of the Irish Chamber Network, revealing that an overwhelming majority of Chambers (97%) believe a transition period following the UK’s exit from EU next March will be necessary. 75% of Chambers responding to the survey recommended that a transition period should last longer than two years.

Chambers continue to believe that Brexit will be a challenge for their members, with three quarters of responses confirming that Brexit presents more challenges than opportunities.
With regard to the consequences of Brexit, Chambers were asked to identify their three biggest concerns, which were as follows: a return to a Hard Border with Northern Ireland, a reduction in trade in goods and services and a negative impact on tourism in Ireland.

Chambers were also asked to outline their top three priorities for the next phase of negotiations on the future trading relationship. No hard border between Ireland and Northern Ireland, no tariffs between the EU and UK and ongoing regulatory alignment between the EU and UK were identified as the leading three priorities.
When asked how Government should support business in the context of Brexit, responding Chambers identified the following as the best way Government could ensure Irish businesses are supported: ongoing increased investment in capital infrastructure; maintenance of the 12.5% corporate tax rate to secure increased FDI; and ongoing investment in trade finance to support market diversification.

Speaking this morning, Chambers Ireland Chief Executive Ian Talbot said, “The results of our survey illustrate that an overwhelming majority of our member Chambers believe that a transition period will be necessary following the UK’s departure from the European Union next March, with three quarters of responding Chambers outlining that more than two years will be required in order for business to adequately prepare and adjust to any form of new trading relationship with the UK.”

“Twelve months on from the UK Government’s decision to “trigger” Article 50, businesses are still no clearer on what the future trading relationship will look like. This is significantly impacting upon investment decisions and the future planning of operations for businesses. Despite the negotiating parties’ commitment last December to no Hard Border between Ireland and Northern Ireland, Irish Chambers remain concerned about the UK’s continued commitment to leaving the Customs Union and the EEA, and how this will impact trade between the two islands, the tourism sector and indeed our relationship with Northern Ireland.

“We commend the consistent and clear approach taken by the Irish Government in highlighting the importance of a deep and ambitious trading relationship with the UK for Ireland’s economy, while also continuing to make the case for the necessity of maintaining a soft border with Northern Ireland.
Urging businesses to plan for Brexit is important but realistically very few SMEs can afford the resources necessary to plan for the multiple potential scenarios which we continue to face. Clarity is desperately required.

“Brexit remains as unclear today as on the day of the vote, there is no real understanding yet of the shape it will take or indeed how it will impact on business and the economy.  We need to see less political maneuvers and more real actions and developments” commented Brian O’Farrell, CEO of County Carlow Chamber.

Government can of course do more to support Irish business. Delivering upon committed increases to investment in infrastructure, particularly our roads and ports, remains vital and will ensure that businesses are better placed to adjust to the post-Brexit trading landscape. Our ability to continue to attract foreign investment and our ability to diversify the markets in which we trade will be crucial if we are to maintain growth as an economy. As such, Government must focus on enhancing our national competitiveness and ability of Irish firms to compete abroad as much as possible in preparation for whatever form Brexit takes.
The UK’s exit from the EU is far from desirable, but we are confident that it will also bring opportunities for Irish business; preparedness to seize them is where we must now focus. By 2020, 90% of world GDP growth is expected to come from outside of the EU. The Irish economy must continue to have a global outlook and Government must support Irish businesses to tap into the potential of new markets like Japan and Canada, following the recent free trade agreements made between these countries and the EU.”

Chambers Ireland welcomes the publication of the National Planning Framework...