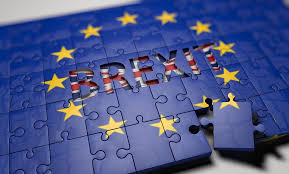 At a meeting today (Thursday 25 October 2018) with Brexit Secretary Dominic Raab, Chambers Ireland joined with our colleagues from the Northern European Coastal Chamber Alliance, including the British Chambers of Commerce, to urge negotiators to avoid a messy, no-deal.

In a landmark meeting, the seven Chambers – based in the UK, France, Germany, Ireland, Denmark, Netherlands and Belgium – come together to discuss progress in the negotiations, including the transition period, and Brexit preparedness.

The Chambers urge negotiators to avoid any disruption to customs procedures that could risk damaging supply chains and cause queues at border check points. Minimising disruption will be critical if we are to maintain the kind of frictionless trade that businesses on both sides currently enjoy as a result of the customs union.

The group of Chambers, connected by wide-reaching networks and transport links, warn that firms are already scaling back on recruitment, investment, and expansion projects – and that negotiators in the UK and EU must ensure a transition period that helps firms prevent a further slump in investment and recruitment.

Time is short, and Chambers Ireland and its counterpart Chambers urge negotiators to keep at negotiations rather than accept a no-deal.

Chambers Ireland Chief Executive Ian Talbot commented, “The time for being patient has long since passed. At this stage, we have to move beyond speculation.  Clarity is immediately required on what real options Irish businesses will have in the eventuality of Brexit.

Mixing politics with the technicalities of the withdrawal negotiation process will have a significant impact on business – politicians must accept that reality and ensure that we finalise the Withdrawal Agreement as soon as possible. To do otherwise is to ignore the real concerns which we, as well as our fellow Chambers, have consistently highlighted during the Brexit negotiation process.

We urgently call on all parties to the negotiations to ensure that common sense solutions are agreed rapidly.

Stability and certainty is urgently required to minimise the impact on businesses and their employees.”