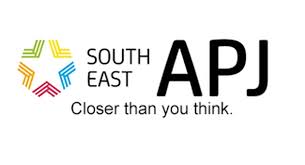 Labour force data released this week – compiled by the Central Statistics Office – shows that since the implementation of the regional Action Plan for Jobs (APJ) initiative in Q1 2015, the South East’s job creation rate is running at a slightly better pace than the national average. The CSO data for Q2 2018 reveals that the number of jobs created in the South East has increased by 12.6% since Q1 2015 while the State’s average is 11.9%. This equates to 21,300 jobs created in the region, coming close to the 25k new jobs target set by the Action Plan for Jobs to be achieved by 2020. The unemployment rate is at 7.2%, which is 1.2% outside the State’s figure of 6%. The APJ target for the unemployment rate is to be within 1% of the national average by 2020.

Perhaps the most positive aspect of the labour force survey figures is that the gains achieved by the South East cannot be attributed to outward migration as the labour force has increased by 13,800 people during the time period of Q1 2015 to Q2 2018. The number of people who are unemployed has dropped by a third, from 22,300 to 14,800.
The CSO data shows that the job growth performance of the South East compares favourably to the performance of the other regions in the country. Of the city regions outside of Dublin, the South East recorded the highest growth in the total labour force (7.2%) and equalled the Galway-West region with the highest percentage growth in job creation (12.6%).

Chairman of the South East Action Plan for Jobs, Frank O’Regan, welcomed the positive figures and stated that they are an endorsement of the high level of innovation and collaboration being shown by all the stakeholders involved in driving the economy in the South East. “There is a wealth of economic activity taking place in the region”, Mr O’Regan stated. “In the technology sector we can see infrastructural developments at Arclabs in Waterford, Hatch labs in Gorey, and the new Enniscorthy technology park. This is enhanced by the formation of the Crystal Valley tech cluster and the new South East NDRC accelerator funding programme. In the FDI space we see the IDA recording the largest percentage regional job growth in the South East in 2017 and the state-of-the-art manufacturing facility at West Pharma opening in July. By the end of September we will have the application for designation for Technological University from Waterford Institute of Technology and the Institute of Technology Carlow; in early 2019 both the New Ross and Enniscorthy bypasses will open and improve the connectivity within the region in a major way; and we look forward to significant local authority developments at North Quay’s, Waterford, Abbey Quarter, Kilkenny, and Trinity Wharf, Wexford.”

“There are still many challenges for the region to tackle but the figures show that we are moving in the right direction. We need to maintain the positive activity of everyone involved in job creation in the region and work towards building resilience in the economy that will buffer us against any future downturns,” Mr O’Regan concluded.