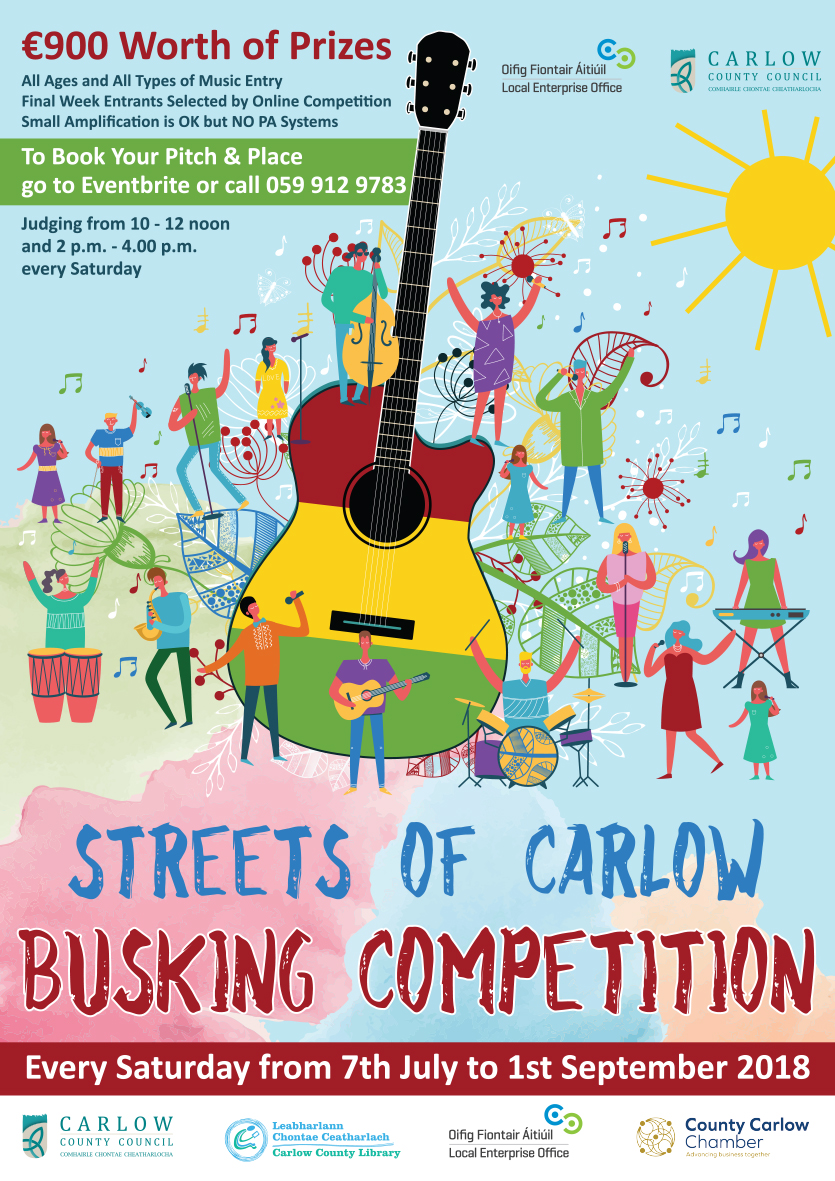 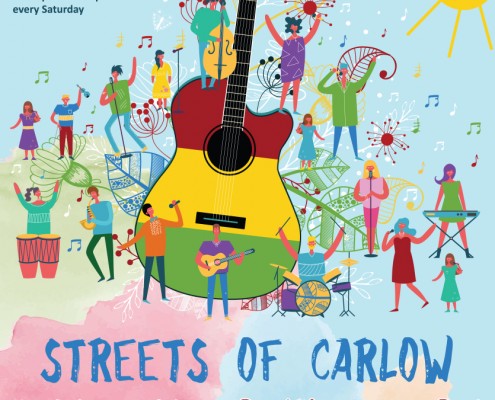 Whether you are a seasoned busker or a newcomer, what better way to show off your talent than the Streets of Carlow Busking Competition launched by Carlow County Council & County Carlow Chamber recently which will be held in Carlow’s Lower Tullow Street from this weekend 7th July 2018 to 1st September 2018.

With over €900 worth of prizes the busking competition invites all young and old to register and belt out their tunes over the summer months before the busking grand final which will be held on 1st September 2018 where somebody will walk away with €500 worth of Love Carlow vouchers. Each week there will be a weekly prize for the best entrant.

Launching the project , Mayor Ken Murnane said “we in Carlow County Council are delighted to be able to present this opportunity for talented young and old to come to Carlow and compete while also presenting an opportunity for the people of Carlow to come and hear a variety of busking talent in Carlow’s Historic Lower Tullow Street” , Murnane continued to say “ busking is one the  best platforms for getting to know if people like your stuff and can lead to invitations to play at other places also” , Murnane concluded by saying “we encourage people of all generations to take part and also for people to come and listen on a weekly basis”.

Speaking about the project , Kathleen Holohan , Chief Executive with Carlow County Council said “we are delighted to be able to present this competition for County Carlow as a great way to showcase the wealth of musical talent we have in our county” , Holohan continued to say “the busking competition is one in a series of pilot projects we are rolling out during the summer months in order to increase the level of footfall in our town’s streets and support our retail community and we look forward to County Carlow community getting behind their entrants”

The entry process was explained by Kieran Comerford, Head of Enterprise with the Local Enterprise Office who said “it’s free to register which can be done online via Eventbrite or by calling the Local Enterprise Office on 059-9129783,  Comerford continued to say , following a registration online that “Buskers will be given a time and a place where they will set up their act and perform for 2 hours where weekly a judge will visit and select a weekly winner”.  Further information is available on www.localenterprise.ie/carlow  or by calling 059-9129783