Chambers Ireland is the national voice of Ireland’s largest business network. Our network has the broadest geographic presence, reaching towns and cities across the country. As a network, we want to see sustainable communities thrive in locally vibrant economic environments. A fast, national, reliable broadband network is a prerequisite for this.

“Our network of Chambers are aligned in their view that access to reliable high-speed broadband is an economic necessity. Broadband is essential infrastructure for the 21st century and it is already as important to our professional and personal lives as the telephone network was at the end of the 20th century. A community without broadband today is as disconnected from the wider economy as the communities without electricity were in 1945.

If flexible and remote working is to become a lived reality for people in all parts of the country, then it is conditional on broadband being available in their homes. The alternative is economic stagnation, long commutes and regional decline, all of which contribute to poorer quality of life, lower productivity and a bigger carbon footprint.

Government policy itself has effectively made access to broadband mandatory. Many public and business related services now have an online dimension, despite the absence of broadband in so many parts of the country. This alone makes a clear case for increased, sustained public investment in broadband infrastructure. The economic benefits make national broadband access a necessity.

However, in respect of Government action on broadband, for this investment to be worthwhile it will need to be capable of delivering ever faster speeds exceeding 1,000 megabits per second. A network which does not meet that need will not be future proofed and will not be capable of delivering for communities and local economies in the years to come.” 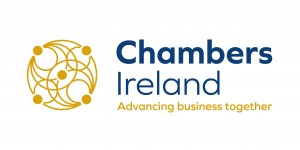